In May 2018, Kaunas Regional Development Agency, in cooperation with project partners from Lithuania and Latvia, started to implement this project of the Interreg V-A Latvian-Lithuanian Cross-Border Cooperation Program

The target group of the project is the residents of the partner municipalities, business, municipal administrations and specialists.

The overall goal of the project is to solve the problems related to brownfields in the Kurzeme region and several regions of Lithuania. 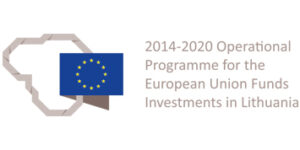 Project “Development of information infrastructure of routes and routes connecting municipalities of Birštonas, Kaišiadorys district and Prienai districts” No. 05.4.1-LVPA-R-821-21-0001, financed under the 2014-2020 Measure No. of the European Union Funds Investment Operational Program Priority 5 “Environment, Sustainable Use of Natural Resources and Adaptation to Climate Change”. 05.4.1-LVPA-R-821 “Development of information infrastructure of tourist routes and tourist routes connecting municipalities”.

The main goal of the project is to create a marking infrastructure (274 units) for informing and marking places of interest on the tourism route connecting the municipalities of Birštonas, Kaišiadorys district and Prienai districts.

The project will produce and install:

The implementation of these measures will improve information about attractions in the municipality, make it easier for tourists to find the desired objects, increase interest in cultural and natural heritage sites, contribute to the creation of a sustainable tourism information and labeling system, encourage inbound tourism and influence local small and medium business development.

The project is funded under the 2007-2013 Lithuanian-Polish-Russian cross-border cooperation program.

The main idea of ​​the project is to promote the competitiveness of small and medium-sized enterprises (SMEs) and cross-border cooperation of SME support structures in Marijampolė, Kaunas regions (Lithuania) and Kaliningrad region (Russian Federation).

The specific objectives of the project include strengthening business support organizations, increasing competitiveness and business, and promoting cooperation between SMEs in the project area.

To achieve these goals, the project will carry out the following activities:

This information has been prepared with the support of the European Union under the 2007-2013 program. European Neighborhood and Partnership Instrument Lithuanian-Polish-Russian cross-border co-operation program. The Kaunas Region Development Agency is responsible for its content, which under no circumstances reflects the position of the European Union.

The project applicant is Varmland County Administrative Board (Sweden).

The main partners of the project:

The aim of the project is to encourage digital innovations in public sector information from a community perspective and to make the Baltic Sea Region a leader in the development of a single digital European market.

Main results of the project:

The project is funded under the European Neighborhood and Partnership Instrument cross-border cooperation program between Latvia, Lithuania and Belarus.

The project is implemented by the Public Institution Kaunas Regional Development Agency, the project partner is the Belarusian public youth organization “Азбука предпринимательства”.

The main goal of the project is to increase the level of entrepreneurship of young people in Kaunas and Minsk regions and to promote cooperation. The project aims to reduce the number of young people emigrating and the youth unemployment rate by encouraging young people to start their own businesses.

The main groups of project activities:

More information about the project:

The aim of the project is to provide potential investors with information about the business, socio-economic environment, potential investment objects and potential partners in Kaunas region. During the implementation of the activities of this project, the database of investment objects of Kaunas region created in 2006 was updated. Information about the objects in Lithuanian and English can be found on the website www.krda.lt/investments.

THE SUB – PROJECT IS CO – FINANCED BY LITHUANIA

Problems to be solved:

1. The problem of preservation of cultural heritage in Kaunas region is how to successfully and efficiently preserve, use and / or adapt abundant cultural heritage resources for tourism needs, how to attract small and medium-sized businesses to these processes.

2. The problem of e-Democracy development in Kaunas region is how to successfully and efficiently implement E-democracy processes in order to promptly respond to the rapid development of the process, its multiplicity, ambiguity and unpredictability of its impact in order to improve the quality of public services.

The aim is to strengthen the cooperation of Kaunas County public administration institutions with Rogaland County, sharing the experience of cultural heritage preservation and e-democracy development.

Kaunas Region Development Agency has implemented an ecological education project, the aim of which is to inform the residents of Kaunas County about the prevention of taxable products (tires, accumulators, batteries, internal combustion engine fuels, lubricants, intake air filters, car hydraulic (oil) shock absorbers) and packaging waste. sorting and recycling and their importance in protecting the environment from harmful effects. During the project, large outdoor posters with information about waste sorting possibilities and usefulness were displayed throughout Kaunas County. Information on how sorted waste can be recycled and reused, thus protecting the environment, was displayed on outdoor video screens in Kaunas County. General information about waste collection sites, where people can deliver various construction and bulky waste free of charge, is available on the website of Kaunas County Governor’s Administration. Seminars on “Sorting waste – useful” were held in schools. Leaflets with information on waste sorting are distributed during the seminars.

Kaunas Region Development Agency prepared the project and after receiving the support was responsible for the implementation of the project. Project partners: Kaunas County Governor’s Administration, Kaunas County Municipalities (Birštonas, Kaunas City, Jonava, Kaišiadorys, Kėdainiai, Raseiniai, Prienai District Municipalities) administrations and Kaunas Region Development Agency. The main goal of the project is to improve the human resources of Kaunas County state and municipal institutions and establishments by increasing the qualification, level of knowledge and skills of employees. More information about the project: http://www.krda.lt/kavakompet/

The agency provided a project administration service. Activities included the preparation and submission of progress reports and payment claims to the NIS, coordination with the Fund, preparation of procurement documentation and other issues related to the implementation of the project.

The project was implemented in accordance with the Lithuanian Single Programming Document 2004-2006 measure “Development of Workforce Competences and Abilities to Adapt to Changes” and was aimed at the residents of rural areas of Kaunas County in order to develop their computer literacy, strengthen human resources and their integration into the labor market. to create preconditions for the development of alternative business in rural areas. Computer literacy courses were held in 7 municipalities of Kaunas county: Birštonas, Kaišiadorys, Kėdainiai, Kaunas district, Jonava, Prienai, Raseiniai. During the project, computer literacy courses were attended by 1000 residents of Kaunas County. The project was implemented by Kaunas County Governor’s Administration, the project was administered by Kaunas Regional Development Agency, which supervised the project, prepared reports and presented them to the Management Group, monitored and evaluated project progress, accounted for project funds, managed financial flows, kept accounting and prepared financial statements. reports. More information about the project: www.kaunaseregion.lt/ek/?mod=content&lang=1&id=41&menu_id=21.

The project was funded by the World Bank. During the project implementation, 5 programs were implemented: Health Education and Primary Prevention Program; PSPC development program; Hospital Restructuring Program; Community Mental Health Development Program; Ambulance Services Development Program. During the implementation of the project, over 5.0 million LTL was invested in the renovation of health institutions and equipment renewal in Kaunas County. USD.

The project was funded by the British Embassy in Lithuania. The Agency coordinated the implementation of the project and administered the activities.

The project was funded by the PHARE 2001 SPF program. Customer – Prienai district municipality administration. The Agency coordinated the implementation of the project and prepared reports. The feasibility study for the development of the Pociūnai Aviation Tourism Center in the Prienai Nemunas Loop region geographically covers the restricted area of ​​Prienai, Pociūnai and Birštonas. During the preparation of the study, it was determined what leisure and entertainment services could be developed in Prienai district municipality and what aviation tourism products could be developed in Prienai Nemunas loop region in order to increase tourist flows in Prienai district municipality. The study also includes the creation of possible tourist routes combining aviation services and the preparation of digital maps for tourists.

The project was funded by PHARE PPF. Customer – Kaunas City Municipality Administration. The Agency managed the implementation of the project in Kaunas city and region. As a result of the project implementation, the following was prepared: Business environment formation and infrastructure program until 2015; Feasibility study of connecting Via Baltica road with Kaunas city center and industrial districts via M. K. Čiurlionis bridge; Mandatory Environmental Impact Selection Report.

The project was supported by the Open Society Foundation of Lithuania. Customer – Kaunas City Municipality Administration.

The project was funded by the Open Lithuania Foundation. The client of the project is Kaunas County Governor’s Administration. During the implementation of the project, the Agency coordinated the project activities and organized training for municipal officials.